Could a change in the way we structure our social landscapes (via information networks) change the prevalence of Hypergamy in our society? How does Hypergamy affect intersexual selection?

Insofar as I have been an avid reader of the Manosphere for nearly 10 years, especially the works of Roosh V and Rollo Tomassi of The Rational Male, I noticed that while much of what has been written is valid, in the sense that any who commit to deeply understanding TRP would attest to both its immense practical and philosophic value, the field remains something of a variegated Humanities lacking in technical rigor of its own making.

This is not to say that writers such as Tomassi, Heartiste, or Illimitable Man are not technically rigorous, or do not consistently cite scholarly peer-reviewed works, which they certainly do (see the works of Dr. Martie Haselton in particular), but that perhaps it is time to introduce a degree of internal formalization to the ample collection of philosophic, anecdotal and longitudinal evidence curated by writers in this field for the past decade and longer.

I would like to start the Selonomics blog by taking a few preliminary steps toward outlining what I think ultimately could be a universal dynamics of inter-agent (or intersexual) selection from the purview of a masculine-primary Imperative, one which will allow us to propose and test simulated ideological prescriptions that can be derived logically and consistently from the theoretical computational and statistical framework that results from this endeavor.

For example, can we actually show that the macro-sociology of a Blue Pill world is economically unstable in the long run? At what degree of Open Hypergamy do men “drop out” of society en masse? Can Hypergamy be amplified by technology? More technically, what is the growth rate of feminine-primary social policies on a scale-free network (with a Power Law degree-distribution) as opposed to a random (normally distributed) boolean network? Could a change in the way we structure our social landscapes (via information networks) change the prevalence of Hypergamy in our society?

All this having been wondered, the opening salvo of the technical paper I am currently writing for an Economics journal explains what I am after, follows (unironically and lengthily titled, as is the case in academia, Strange Loops in Preference Dynamics: Simulation of Multi-agent self-patterning paradoxes in Runaway Fisherian sexual selection and the market mechanism for circuitous feedback):

In this paper I relate technological change and heterogeneity in inter-agent investment preferences between agents with diametric profit maximization strategies. On the one hand, the interaction of heterogeneous agents and technology may explain important institutions of the labor market. On the other hand, this paper presents a struggling attempt to give structure to the statement: “Authors are like Bluetooth, whereas publishers are like Wi-Fi.” 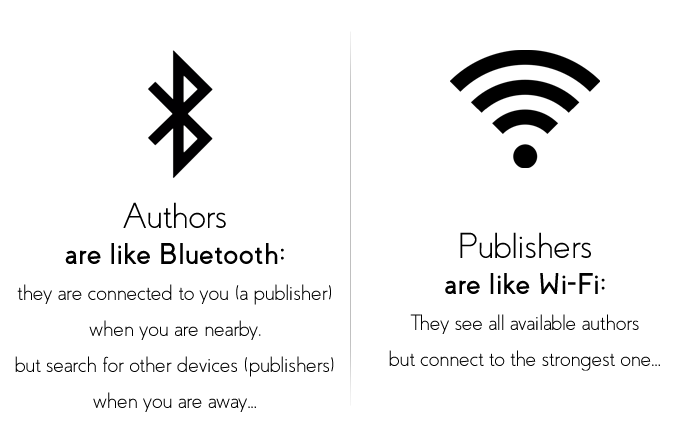 I think many readers of the Manosphere and RP philosophy can intuit where this is going already. As the meme goes: Men are like Bluetooth, whereas Women are like Wi-Fi. In relation to Hypergamy, this is to say that women maintain a database of relative rank-order preferences for men available to them in their perceived social vicinity (perceived being the operative qualifier since nothing stops most pair-bonded women from imagining a life with either Justin Bieber or the marginally superior-to-her-husband Chad at the local country club, and subsequently prioritizing, on a physical level, just such a potential mate over the men currently in their lives).

On the other hand, men are like Bluetooth in the sense that while we do ultimately possess a sexual selection orientation in which we might imagine ourselves to be Genghis Khan in our optimal world, bedding just about everything we lay our eyes on in the absence of our pair-bonded partner’s presence, essentially none of us will ever achieve such a degree of relative social power. The self-referential phrase “Everyone thinks they’re above average” comes to mind here. On a side note, I and many others would argue that Hypergamy is vastly more socioeconomically untenable a Civilizational Imperative than the kind of competition that results from a slightly more regulated pursuit of its opposite.

Before embarking on any new philosophical journey I always remind myself of the following quote by Robert Solow, an American economist, particularly known for his work on the theory of economic growth and winner of the Nobel Prize in Economic Sciences in 1987:

All theory depends on assumptions which are not quite true. That is what makes it theory. The art of successful theorizing is to make the inevitable simplifying assumptions in such a way that the final results are not very sensitive.

If at all a successful Universal Dynamics for Intersexual Selection is to be achieved, we must first select the correct framework. How should we begin to build our model? Should it consist of a series of linearly satiable first-order differential equations written in Python using Calculus?

Perhaps, but given that we are interested in what appears to be a dynamical Complex Adaptive System (CAS), a system with many and different kinds of parts that interact with each other simultaneously on multiple layers of multiple kinds of networks, it might be more appropriate to build an Agent-based Computational Model (ABM). ABMs, it turns out, are often better at analyzing systems with multiple or dynamical equilibria (see Roosh V’s Contrary Game), phenomena which exist far and away from the presumed long-run minima and optima of simple systems with complete and pre-specifiable state spaces, such as some boring cubic liter of gas, or a two-consumer/two-firm toy economy, at home with Chicago-style economists.

If ever we hope to break free of the feminine-primary Social Imperative now dominating the West, it would be pertinent to know precisely which changes to the dynamics might shift us to a more preferable equilibrium, as opposed to assuming there is only one. Therefore, I strongly believe preliminary excursions into this brave new masculine world should rely on this new framework, as opposed to traditional methods. As a foray, I will produce an ABM using NetLogo, an object-oriented simulation platform for multi-agent interactions, and attempt to validate the simplest possible model of inter-agent (intersexual) preference heterogeneity in the presence of technological change, then provide suggestions for discussion and further work. Let’s begin.

The Model: Basic Hypergamy with Technology

Download NetLogo if you are interested, and if you already have it installed download my template model, Basic Hypergamy with Technology. Open it up. You may also view the model on the web (though it runs much less smoothly). A summary follows:

A repeated simulation of the model produces results consistent with what you would expect from evolutionary psychology and online dating data. Notice the pronounced Power Law distribution of in-degree connections for men, whereby the vast majority of men have small in-degree and a very small proportion possess large in-degree (as is the case for social status). This is in contrast to the more normal Bell Curve distribution for women, which is consistent with what you would expect if most of what men were interested in were simply physiological traits for women.

Given all of the above, you might wonder why this initial model is so Spartan, in that all we do is account for age or savings of a population composed of two genders and see what happens when they interact. If, however, we consider Solow’s Law of Simplicity, that the results of a model should not be sensitive to its simplifying assumptions, then I believe that we are on the right track. In this preliminary model, all I wanted to examine was the extent to which Hypergamy is affected by changes in the prevalence of a simple technology (a space-constrained search algorithm) for a single gender, so all that was necessary were one assumption and two restrictions:

Given that we find a strong endogenous positive correlation between Hypergamy H, and gender-biased technological change S, or search vicinity, we can be assured that we now have in our possession a tightly calibrated base model from which to make improvements to our theory going forward. In future works, I will address many of the questions that I outlined above under Discussion Questions, and as the theory progresses, actually test our model against empirical data in the form of publicly available OkCupid and Match.com dating metrics, among other interesting sources of data.

One last thing. It is at this point, looking back on the half-day of labor for which I have just completed that I question whether anything I’ve achieved here might actually be valuable, over and above its, let’s say, curious intellectual novelty. Although much of social psychology tends to be a science of “cataloging” common-sense phenomena, and whereas much of classical moral philosophy tends to uncover great truths through meditations alone, I can’t help but wonder whether applying mathematics to sociosexual dynamics is pointless.

Whether or not this programme comes to any use, especially in future iterations, I hope you found this somewhat interesting. If you manage to make an extension to this basic model, please consider submitting it as an attachment on my Contact page. I am always interested in philosophizing about these kinds of things, so feel free to give me a shout and perhaps we can speak online. Cheers.