In “A Coward”, Guy de Maupassant¹ reminds us that what people want most in life is to be respected.

If, when face to face with the other man, he did not show a proper gallantry and calm, he would be lost for ever. He would be sullied, branded with a mark of infamy, hounded out of society.

Some, should they find themselves not able to face the shame of inadequacy, opt instead to relieve themselves of the burden of life altogether. For many, nothing is worse than humiliation and scandal.

…opening his mouth wide, he thrust in the barrel of his pistol with savage gesture until it reached his throat, and pressed on the trigger…When his valet ran in, at the sound of the report, he found him lying dead upon his back.

The Vicomte Gontran-Joseph de Signoles, main character of this short tragedy, was a Trust Fund NEET who was essentially in too deep; he was trying to keep up above in his head, instead of going under.

Unfortunately, it seems like he would lose his mind each time he was with his thoughts. He would mention that he was bending over backwards to relate. However, it’s one thing to complain, but when you’re driving yourself insane, well then I think it’s time that you take a break.

If you don’t develop the necessary skills in life to maintain congruence between who you actually are and the way you present yourself to others, you might feel like doing a Triple Swan Dive Gainer from the Empire State Building when the truth comes out.

If, on some dreadful day, you are called to up prove yourself, and to fight, wouldn’t you want be prepared?

“A Coward” is a story that I can relate to dearly. Despite my being 27 years of age, despite my wealthy, upper-middle class upbringing, despite my 7 years of professional work experience as a senior software developer, I still feel as though I haven’t challenged myself sufficiently in life. I certainly have almost nothing to show for it today.

The path of least resistance is a smooth ride until reality decides to punch you in the face. Perhaps I am discounting my accomplishments, perhaps I am ignoring the good lessons I have learned in failure, perhaps massive success is just around the corner. At the end of the day, however, I do clearly recognize that I have not done nearly as much with my life compared to many others who grew up with far less than I had.

As I prepare to inherit a century’s worth of social capital from my grandfather, a Man who escaped from the tyranny of Communism, who then worked as a bricklayer and later, as a construction contractor to provide a better life for his family, I can only reflect on my present failures and focus on the future. 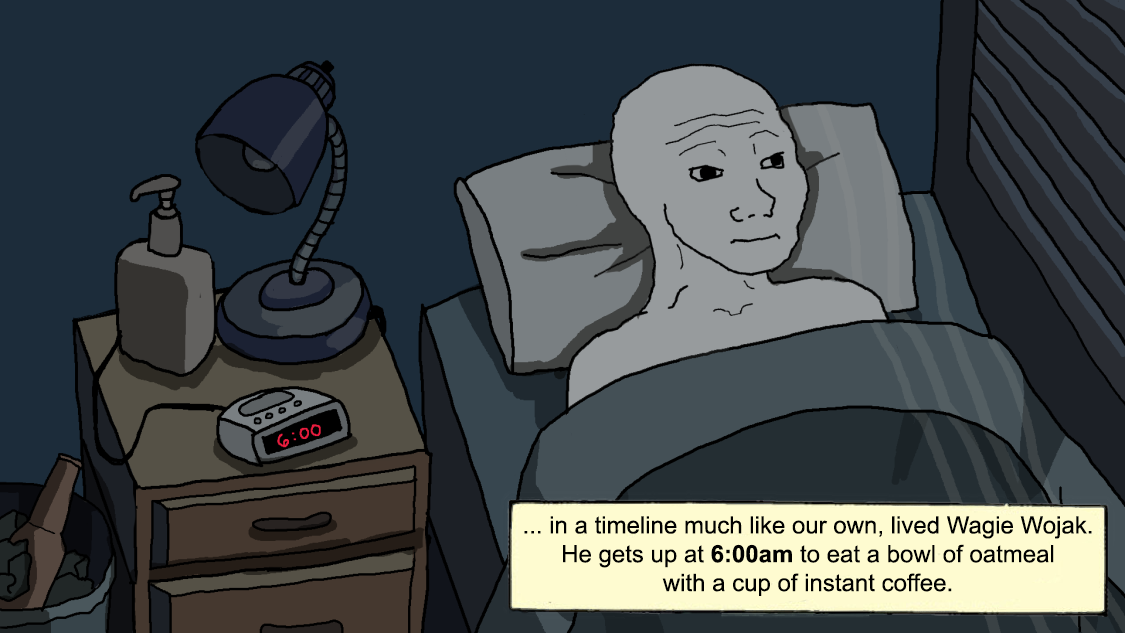 I plan to spend the next few years resolving the paradox of my inadequacy for good. By all means, the last thing I want to be in life is a balding, impotent, 30 year old Wagie Wojak rotting in a pool of his own seloiva.